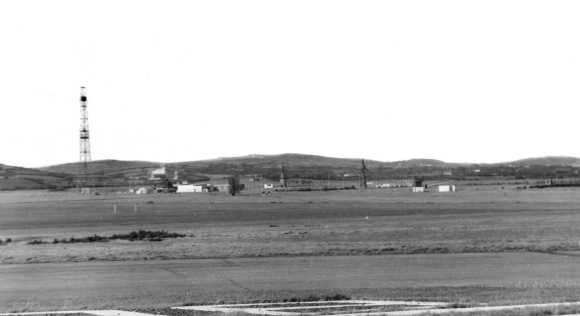 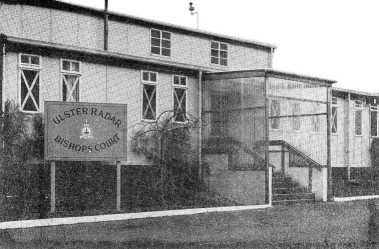 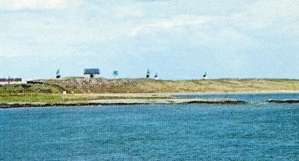 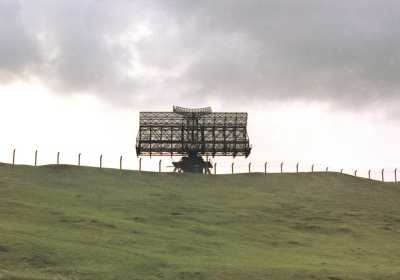 RAF Bishopscourt opened on 1 April 1943. In May 1943 the first radar unit, known as Ballwooden GCI, commenced operations and by 1944 the unit had a total of 2611 RAF and WRAF personnel.

The Cold War brought a new role to Bishopscourt. Two new GCI stations, Killard Point and the other at Wick, were also proposed as part of the Rotor 3 programme, each equipped with a Type 80 radar and R8 ops block. Initially in the 1950’s to supplement the Ballywooden radar, a new radar station, to be completed by 1956, was built near Tor Head in Co, Antrim, called RAF Murlough Bay, not to be confused with the wartime RAF Murlough landing ground near Newcastle in Co. Down.  This was an air defence radar station that, like Killard, was built above ground; most stations on the mainland were built underground to protect them from possible attack. Two radars were to be provided, one Type 14 Mk. IX search radar on a gantry and one Type 13 Mk. VII height finder on a plinth. A standby set house was to be located alongside the technical block. The station was equipped with six 60A consoles, one 61 console and two video map units. The proposed completion date for the station was April 1956. A VHF transmitter block with a 90’ tower and a VHF receiver block with a 90’ tower were built close to the site at Crockanore.  A Type 13 Height Finder was also located at Crockanore one and a half miles west of the technical site. The Murlough station had a small staff but no camp as staff lived in hotels in Ballycastle. The station closed in 1958, although a number of buildings still remain on the site.

The ROTOR 3 programme, to be completed by 1957 necessitated some changes in the Control and Reporting organisation.  The radar unit at Killard point opened 1956 as a major Air Defence Radar Unit. A new sub-sector of Western Sector was to be established in Northern Ireland to control the air defence units in the area including the new GCI at Killard Point, the existing war time Chain Home station at Castlerock and the new station at Murlough Bay. This would suggest that the Killard site was the sub-sector control site and also that Castlerock chain Home radar station was still operational at this point. I know from a first-hand account I received that during 1959/60 Killard had many more operational Air Defence Operators than actual ATC staff who were watching for Russian “Bear” flights coming through the Iceland Gap and at that time Bishopscourt was equipped with the following radars:  T80, T13, T14 Mk9, FPS6 at Killard and a Type 7 on the airfield.

In 1960/61 the unit became a Joint civil/military air traffic control radar unit, called Ulster Radar, with the civil section providing radar service to aircraft flying above 25,000 feet in the flight information regions of Scottish and Preston (later London following the closure of Preston centre) mainly in the form of aircraft flying onto or coming off the Atlantic Ocean. The unit also had a small cell that controlled the research and development of aircraft (including Concorde) during their test flying. Programme.  A Type 84 radar was installed on the airfield that was not only used by the unit but transmitted to London and Prestwick centres following the closure of the unit on 31 October 1978 along with radar data from a free standing secondary radar that had also been installed on the airfield in 1977. Following the closure of Ulster Radar in 1978 the RAF remained maintaining the equipment located on the airfield before they were removed at a later stage. In 1980 the Cold war raised its head again and construction began on at least two, possibly three underground bunkers on the airfield that were to house a new mobile radar unit that could be located anywhere in Northern Ireland. A few years later when the threat had lowered that equipment was removed and the bunkers were back filled by RAF personnel with concrete in an operation that was carried out under the cover of darkness with the ready mixed concrete being transported from a company in the Belfast area. Shortly afterwards the airfield and other sites, including the NAFFI and Messes were sold. 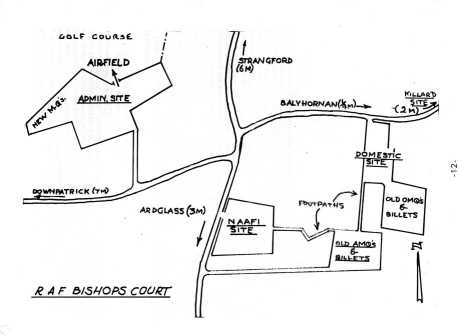 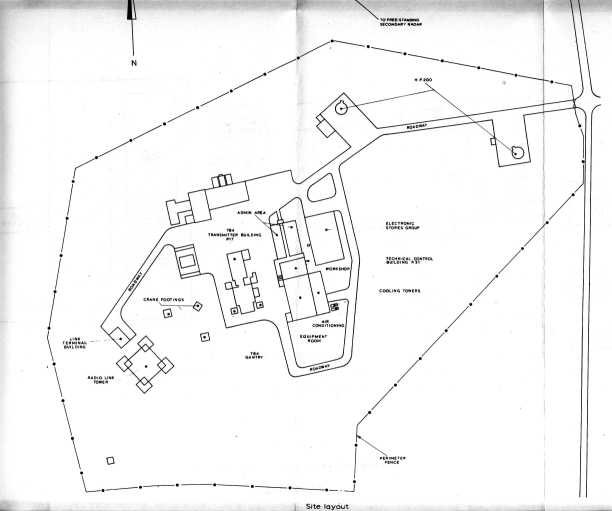 Thanks to Nick Catford of Subterranea Britannica for the above pictures.

Unfortunately I don’t have any dates for any of them aprt from the operations block on the airfield and the remaining plinths at Killard Point which were taken by me in June 2002. Two of the photographs are from a brochure produced by Ulster Radar. These have a very course printers screen and are not great quality.  I have included processed and unprocessed versions, not sure which is best. There is also a brief history from the brochure, I doubt there is any new information there, and a couple of site plans. I notice on your home page you describe the operations block at Killard Point as an R10, it was in fact an R8 similar to those at Chenies http://www.subbrit.org.uk/rsg/sites/c/chenies/index.html and Gailles http://www.subbrit.org.uk/rsg/sites/g/gailes/index.html. You will find a picture of an R10 here http://www.subbrit.org.uk/rsg/sites/s/saxa_vord/index.html. Although you mention there was later use of the airfield you don't mention the Control & Reporting Post that was established there (see http://www.subbrit.org.uk/rsg/sites/p/portreath/ this mentions Bishopscour in the section on the Control & Reporting Post) There was a surface built bunker similar to the one at Staxton Wold (picture attached). This building is now the headquarters for the race circuit on the airfield.

I was a Ground Radar fitter in the RAF and was posted to RAF Ballywooden  in 1955. This was the Radar unit with the Type 7 Mk.1 and OPs room on the airfield.It was only used by the City Of Belfast Auxiliary Squadron at weekends. RAF Bishops Court (the airfield) was on a care and maintenance basis at the time.The Rotor site at Killard Point was being built and I worked with the Marconi engineers during the installation which was just about complete by late summer 1956 when I was posted elsewhere before Killard Point became operational.