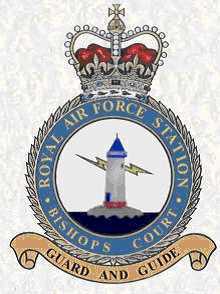 During and after the Second World War RAF Bishopscourt was a training school for the following squadrons. 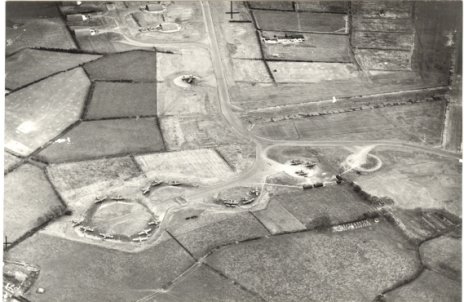 ULSTER RADAR.
I beleive that the civil section of Ulster Radar opened around April 1961 and was one of the first higher level civil radar units in the UK. This information is based on a pathe news reel report of mid April 1961. Apart from the Military Air Traffic Control function of Ulster Radar its primary role was that of an air defence radar station protecting the UK from a possible Russian attack from the Atlantic during the Cold War. It was one of a series of so called ROTOR stations located across the UK and one of only two that were in fact constructed above ground. The remainder of the ROTOR stations were underground with a guard house that often resembled a bungalow on top. 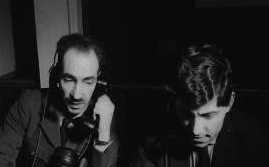 POST ULSTER RADAR CLOSURE.
Following the closure of Ulster Radar in 1978 the Type 84 located on the airfield remained operational for a period while the Type 80 and height finders at Killard were removed as were the buildings at Killard. In the early 1980's there was a major construction programme on the airfield with at least two, possibly three massive concrete bunkers being built and several additional access roads leading "nowhere" according to a local press report. These bunkers were then covered with soil to make them look like small hills and were soon to house a mobile air defence radar. Although based at Bishopscourt this mobile radar could be located anywhere in Northern Ireland,indeed I am aware of this mobile radar being trialed one weekend at Langford Lodge, a disused airfield close to Aldergrove. By 1990 the mobile radar was removed and the bunkers apparently were back filled with tons of concrete brought in under the cover of darkness by the RAF from a commercial concrete plant located just outside Belfast. The airfield was then closed and sold.

BISHOPSCOURT TODAY
Following its sale the houses that had been constructed on the airfield were sold for private dwellings as was the Mess site. The airfield was bought for motor and motor bike racing, something that used to happen annually even when it was operational. Now it hosts about 16 race meetings per year. I beleive a couple of private light and micro light aircraft are also now based on the airfield. Many of the other buildings are now falling into disrepair and as I mentioned earlier nothing remains at Killard except the tarmac for the access road and car park along with the concrete bases that were used for the height finders. The shop and petrol station at Ballyhornan, between Bishopscourt and Killard, that we all used has also gone. 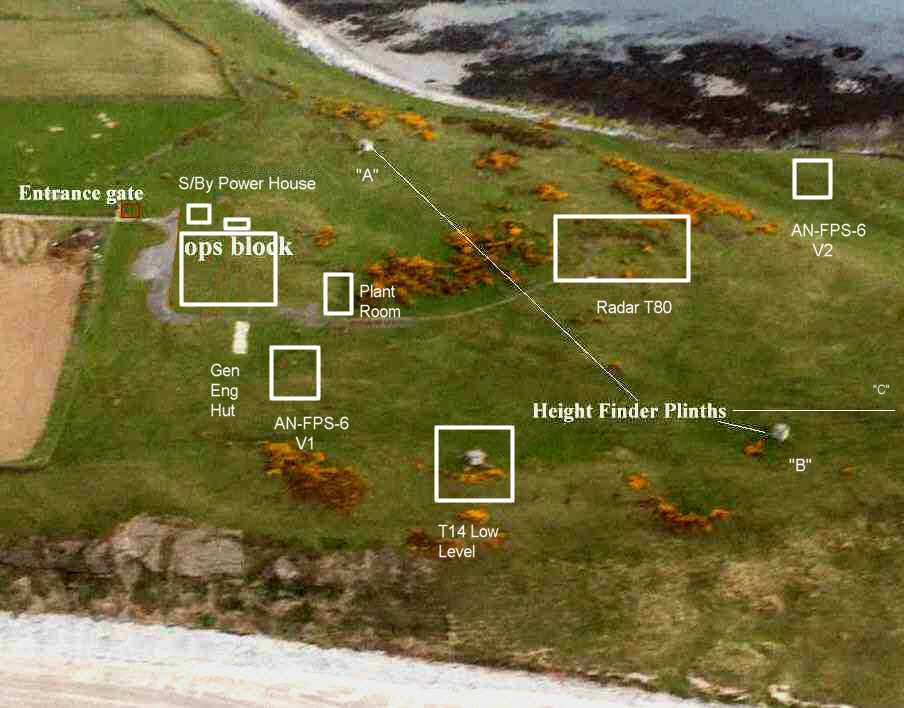 The former Ulster Radar site at Killard as it is today. Thanks to John Langcake for the corrected version.

John has knidly also provided me with the following information:

I don't know how far back you want to go into the history of radar at Bishopscourt so I'll start circa 1945 and you can pick and choose whatever you want to include on the website. I remember there being an old Ops building on the airfield back in 1967/69, we occasionally had a look into the place during a Sunday morning stroll across the airfield with our children and the dog in tow; the building itself seemed to be sound but the interior of what looked to have been the old Ops Room was a bit of shambles, air conditioning ducts hanging from the ceiling and blowing in the wind, floor boards gone exposing the void, cables, etc ... At a guess I would say that it had been one of the "Happidrome" stations; see Dick Barraetts radar Pages. Later, whilst working on the remote T7, I had a wander along the service road that ran from the northern taxiway past the new (under construction)  technical site to the remote T7, and noticed the top of what looks to have been the 'well' of a very early mark of Radar T7. Many years later I managed to get hold of a map titled "Home Chain 1945" and noticed that RAF Ballywooden appeared on the map labelled as being equipped with a T7. I have looked for information on Ballywooden but can find very little but from what I saw on the airfield and reading the notes in Dick Barrett's Radar Pages it would seem to me that the old radar was an original (Mk1) Radar T7 which was replaced by the Radar T7 Mk3 or 5, on which I worked, and would have been installed under Op Rotor specifically to operate as a Remote T7 for the Killard site. The 'well' for the Mk1 would have been a single room with the aerial mounted centrally on top with a personnel entry hatch near the column and an equipment hatch either side to allow the transmitter cabinets to be lowered in place. The Mk3 or Mk5 would have been mounted on an R8 bunker, this was basically a standard T7 well that had a door behind one of the transmitters that led into an equipment room/rest room and from there through into a machine room that housed a Ward-Leonard motor/generator set, a toilet and another personnel entry hatch at the end of the bunker.

I don't think there's much I can add to what you already know about the Killard site, the Ops building was an R10, unusually of wooden construction; the radars T13/T14 would have been long gone by the time you got there I think but there are a couple of good photographs of Radar T13 and a low looking T14 on the RAF West Myne site record in the Subterranian Britanica web site,  www.subbrit.org.uk .

My time at BC came to end in June 1969 at which time the new Ops site was under construction and if my memory serves correctly the old Ballywooden Ops Building was incorporated into the new site but in what role I have no idea. The T7 could not be fitted with IFF Mk10 and IFF was provided by a Radar T79 synchronised to the T7; the T79 utilised a standard 9' plinth usually about 50 -70 yards from the T7 and this plinth may well have been left standing. When they final closed BC the night time delivery of concrete to the site would very likely have been to fill-in, or cap, the two T7 bunkers on the grounds of safety rather than security; using some course builders' maths I reckon it would have taken about 200 tons of concrete to fill both the old T7 well and the R8 bunker.